number of unique views of this article close
last 24 hours
last 2 weeks
The Netherlands, December 31, 2021 – The second edition of the Favorite500, organised by ProCyclingStats, has been won by Wout van Aert. The Belgian received 2613 votes, which was enough to beat last year's winner Peter Sagan and Mathieu van der Poel. In total, 5914 lists of 10 to 15 riders were submitted, with Van Aert featuring on more than 44% of the lists. The full ranking of most favorite cyclists can be found here.

The award, a glass trophy with the Favorite500 logo and list of the recipients’ names engraved in it, was presented to Van Aert at the Azencross in Loenhout, out of the hands of Bert Lip, co-founder of ProCyclingStats. A few hours later, Van Aert would win his sixth consecutive cyclocross race of the season. "It's a big honor to win this prize and I'm hoping I can count on your support in 2022 as well," said the newly crowned favorite rider of all time. 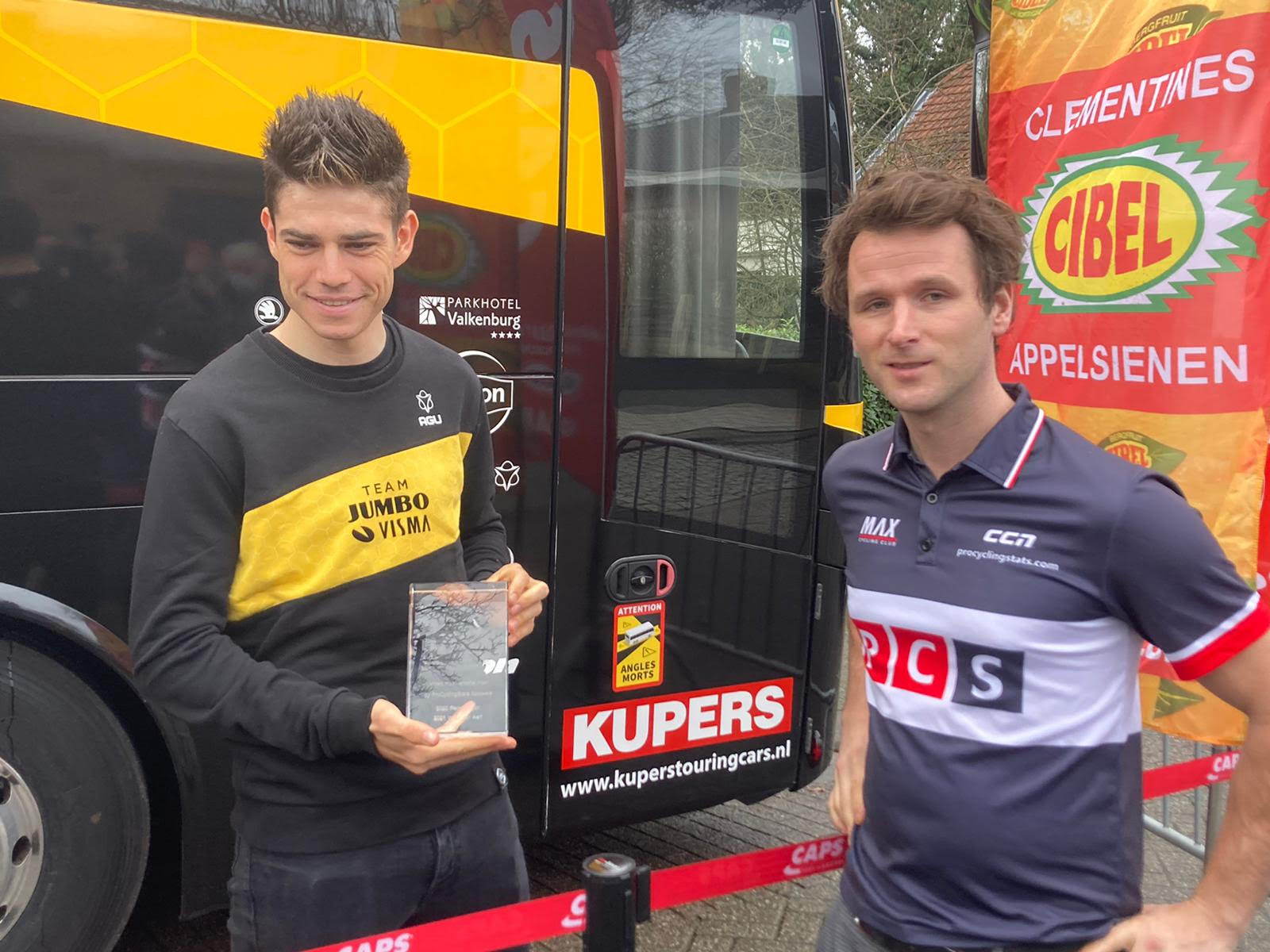 About ProCyclingStats
Founded in 2013, ProCyclingStats has become the leading website in cycling-related data. The site is full of modern-day and historical cycling results and statistics, and has been providing live feeds for the biggest races since 2019. Journalists and TV commentators from all over the world frequently credit PCS after using their data. Do you want to know who the oldest winner of the World Championship was or how many editions of the Tour de France visited the city of Lyon? A quick search in the PCS database will provide you with those answers (Joop Zoetemelk at age 38 and 17 editions).